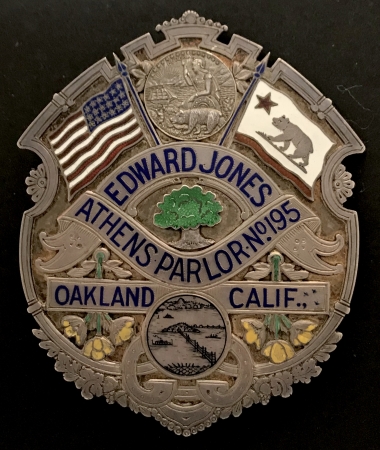 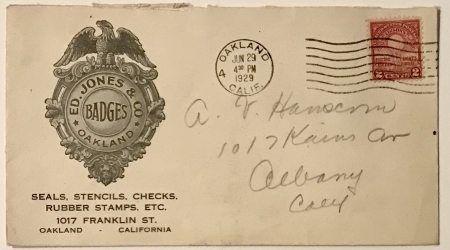 The personal badge of famed Oakland badge maker Ed Jones,  a 4" sterling shield.  Hallmarked Ed Jones Oakland Sterling. Pictured in Witherells book, California's Best.  Ed Jones was a member of the Native Sons of the Golden West, Athens Parlor No. 195.  Along with the state seal there is also a scene of the newly constructed Bay Bridge, and the U.S. and State Flags.  Left and right of the bridge scene are the state flower, California Golden Poppies done in yellow enamel, representing "fields of gold".  In the center is an enameled Oak tree for which the city of Oakland is named. After the word Calif., you can see 3 waterfowl taking off.  It has a pin and catch and weighs in at 4.84 oz. of sterling. 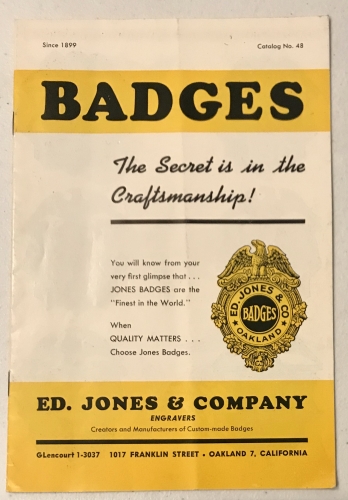 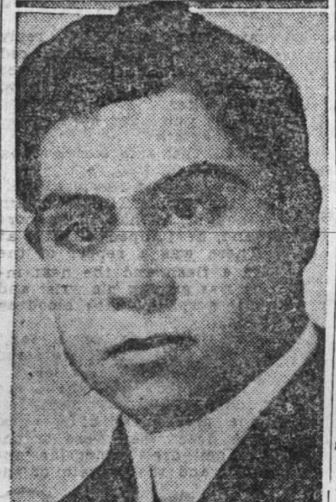 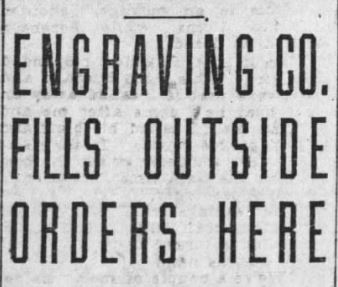 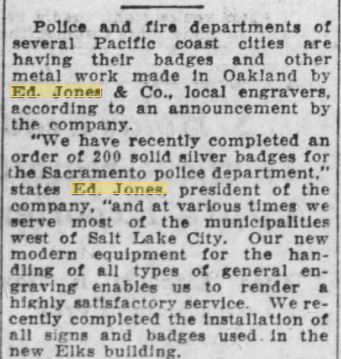 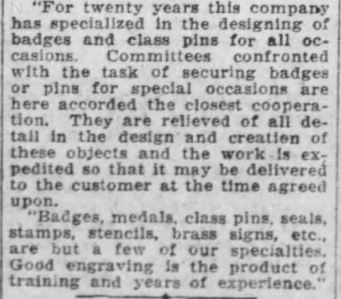 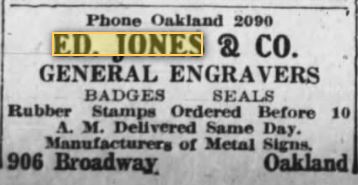 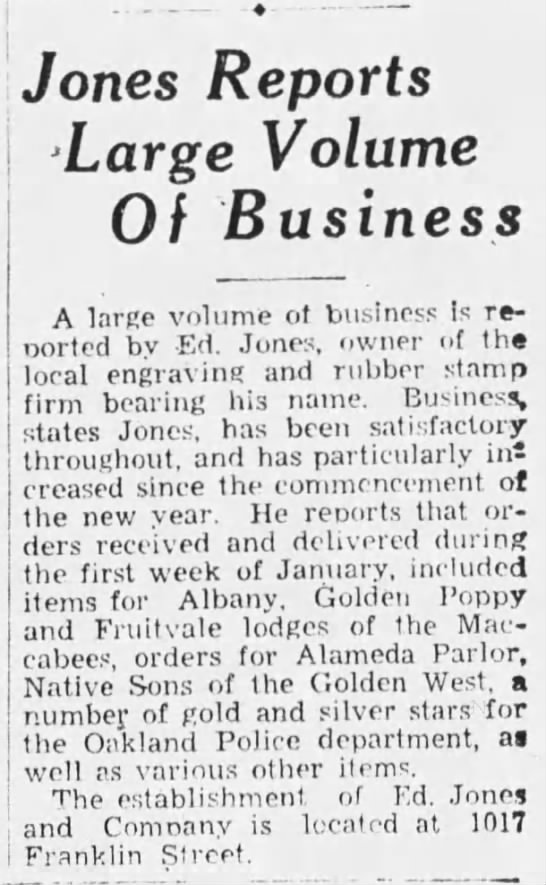 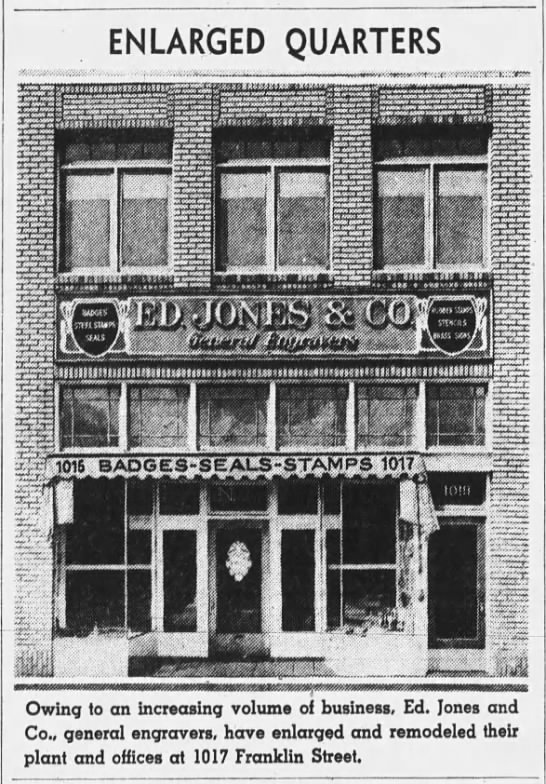 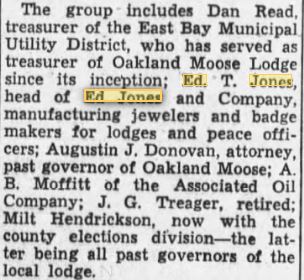 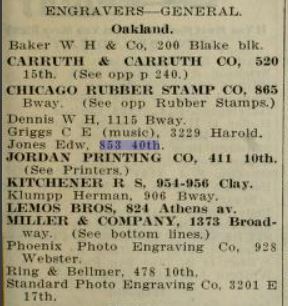 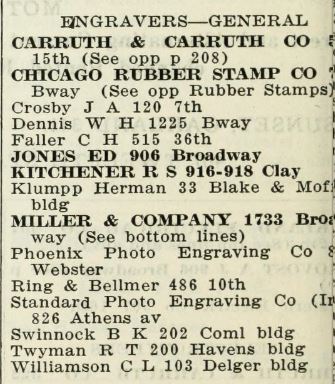