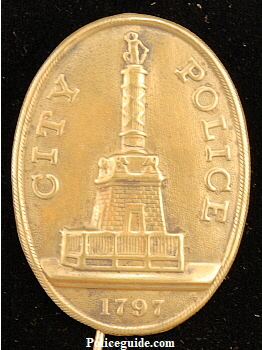 Research continues but many who have studied the history of the Baltimore police feel this oval is the 1st issue badge for the Baltimore "Regular Police"  circa 1845.
The Sep. 22, 1845 Baltimore Sun Newspaper article confirms the police were wearing badges prior to the 1851 issue of the star badge . 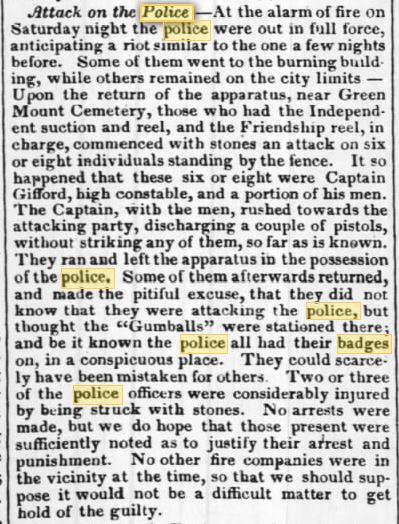 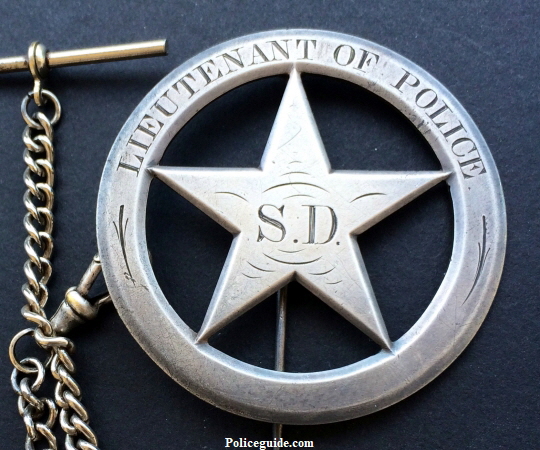 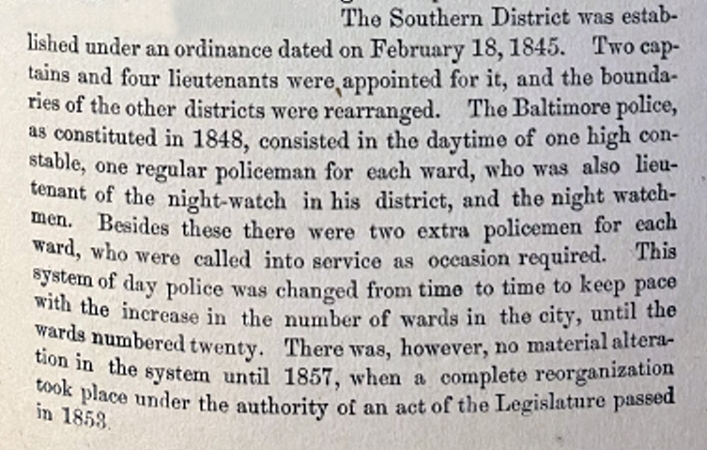 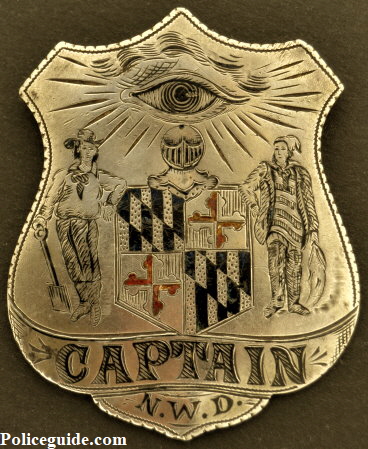 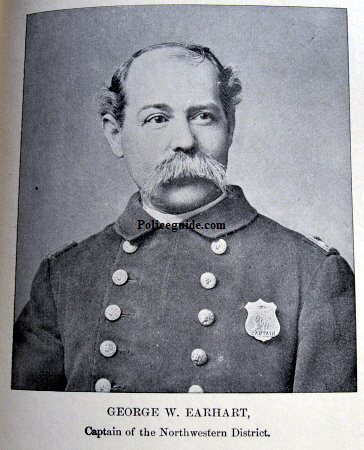 Baltimore Police Captain badge for the Northwestern District.  Jeweler made with hard fired enamel.  According to noted Baltimore historian Bruce Green, the only one known to exist.

On September 8th 1868 George Earhart was appointed a Policeman for the Western District.  After eighteen months of service as a patrolman a position opened up and he was raised to the rank of Sergeant with night duty.  Two months later he was assigned to day duty. On April 9th 1874 he was promoted to Lieutenant.  Six months had scarcely passed by when on October 19th 1874 he was promoted to Captain having reached the rank in six years after his appointment as patrolman. Captain Earhart took a prominent part in suppressing the riots of 1877. He held that position until his retirement in 1889. 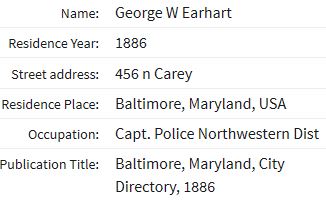 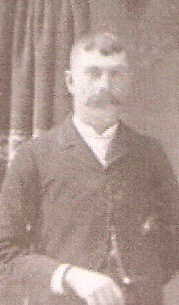