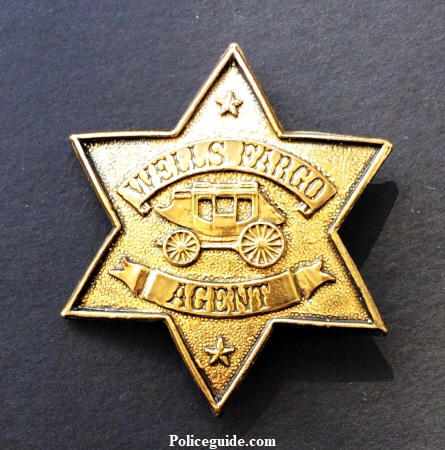 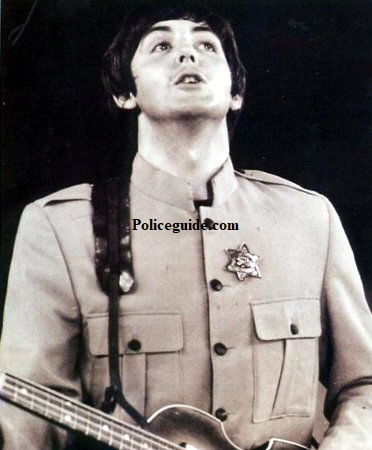 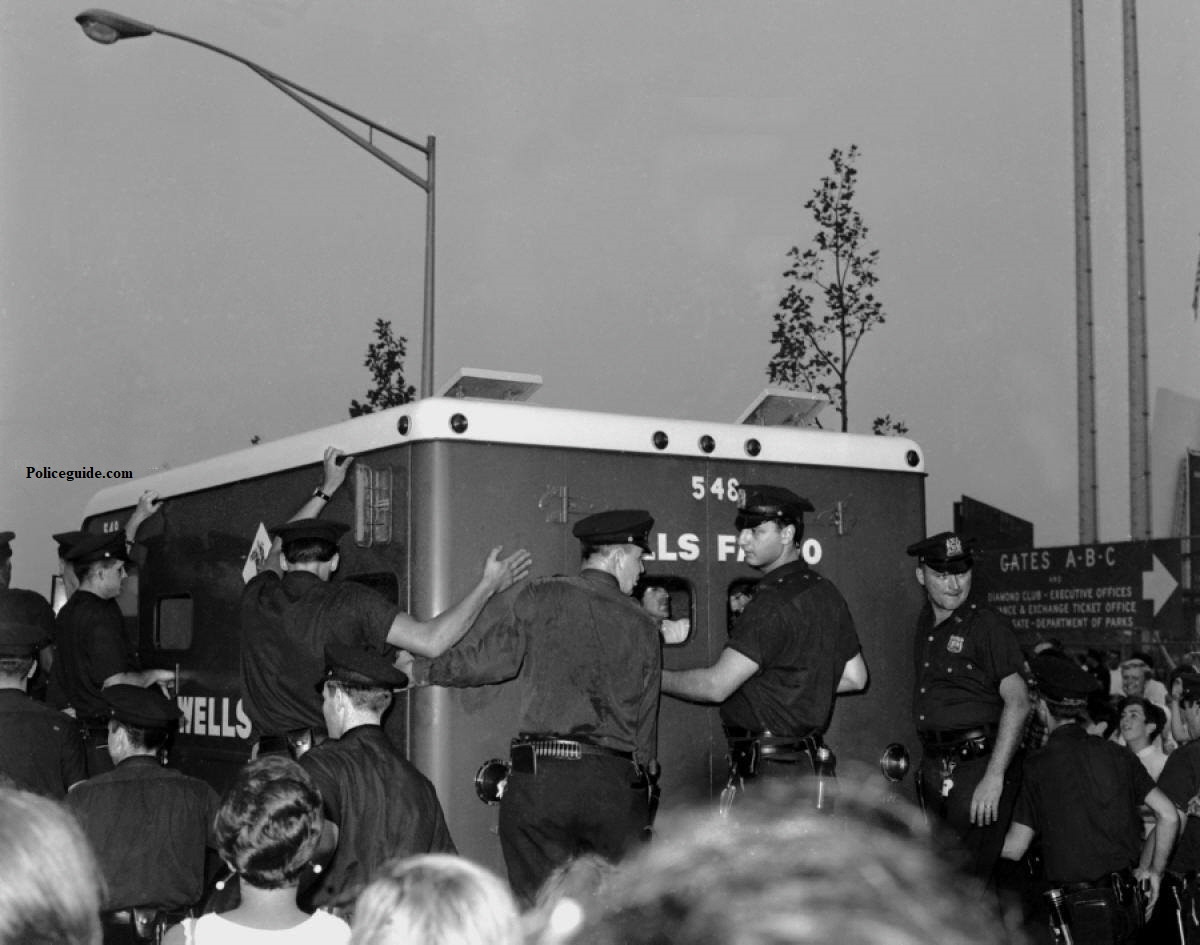 Beatles manager, Brian Epstein, had wanted a grand entrance like no other and had arranged for the band to be helicoptered down onto the outfield grass and then run up on the stage to start their closing segment of the show. The city of New York intervened and, citing safety concerns, disallowed the plan at the last minute.

With the helicopter already acquired, the plan was changed to the Beatles being taken by limousine from where they were staying at the Warwick Hotel to the Manhattan East River Heliport. From here they were helicoptered to the roof of the World's Fair building across the street from the stadium. In the basement garage of the building, the Beatles were met by Wells Fargo security and put in the back of a Well's Fargo armored car for the short drive into the bowels of Shea Stadium.

Shortly after, a mock ceremony was presided over by the Wells Fargo personnel "deputizing" the band and presenting them each with a gold 'Wells Fargo Agent' badge. The armored car driver was later interviewed after the show and stated that he was quite surprised when Paul McCartney told him that he would see that the band wore the badges on stage.