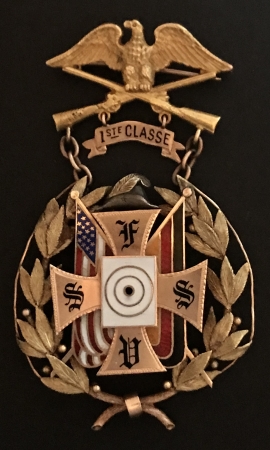 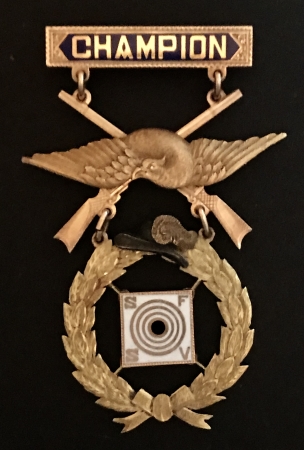 When in 1865 the sad news reached San Francisco that President Lincoln had been foully assassinated, feeling in this then far-away city ran high. People were wrought up over the atrocious murder, and the city authorities feared mob violence, which was liable to break out at any moment. It was at that critical time that Captain Wulzen, without waiting for orders, placed his company at the service of the civic authorities of San Francisco. His company being the only independent organization of citizen-soldiers in San Francisco, the offer was eagerly accepted. The order to report for duty was given on the same night, and at 7 o’clock on the following morning fifty-eight out of a total membership of sixty-five had reported and were in duty in the headquarters, Platt’s Hall, Bush and Montgomery streets. The seven absent members were accounted for, either being out of the city or sick.
The then Chief of Police Burke, who was in charge of the situation, covered the points most likely to be attacked by a frenzied mob, and the loyal and resolute Schuetzen Verein Company was assigned to duty near its headquarters, to be within easy distance of the storm center, should an attack be made upon the buildings occupied by newspapers then located on California street, near Kearny, and within one or two squares of Platt’s Hall, about which an angry mob had assembled and assumed a threatening attitude.
The company remained on duty for two days and nights; perilous days and nights they were, when a company of Federal troops relieved the citizen-soldiers. By a peculiar coincidence the Captain commanding the Military Company was an ex-member of the Schuetzen Verein, and Captain Wulzen, on turning over the headquarters, feelingly referred to that additional proof of the loyalty of the German citizens to their adopted country. This is but one of many occasion in which the San Francisco Schuetzen Verein and its members, quietly and without ostentation, served the city, State and nation, to protect life and property, guard against mob violence and other disturbances by turbulent or lawless elements, as voluntary guardians of peace, in time of peril, brave, resolute, fearless, perfecting disciplined and trained, men of excellent judgment and experts in the handling of firearms.
When peace once more hovered over the land, and the brave sons of California returned to their homes and peaceful pursuits, the ranks of the Schuetzen Verein increased. Hayes Valley became gradually inhabited, and some of the homes were uncomfortably near the shooting range, or in a line with the targets, and the Schuetzen Verein transferred its target practice to Alameda county, acquired its own park and range in that county. The history of the Schuetzen Verein from that time until the present is one of honor and triumph, as a leader in German affairs in California, an ardent and most efficient exponent of the noble art of defending home and country, whether by chance of birth or from choice and adoption; and achieved many triumphs in social and other public functions.