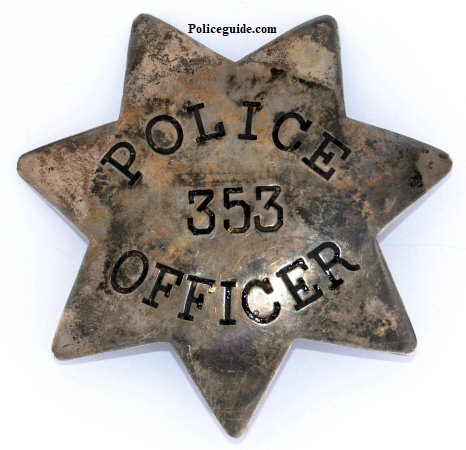 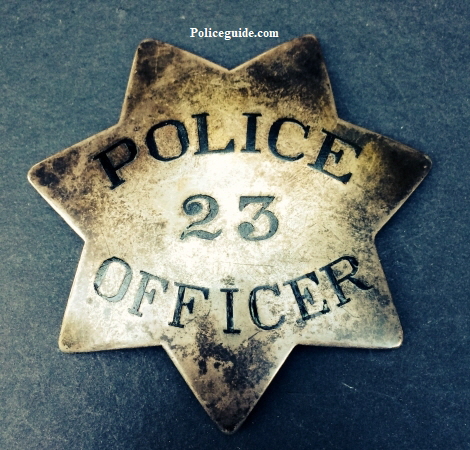 San Francisco Police badge #23 made of sterling silver and issued to Henry Hook who was appointed 4-25-1878. 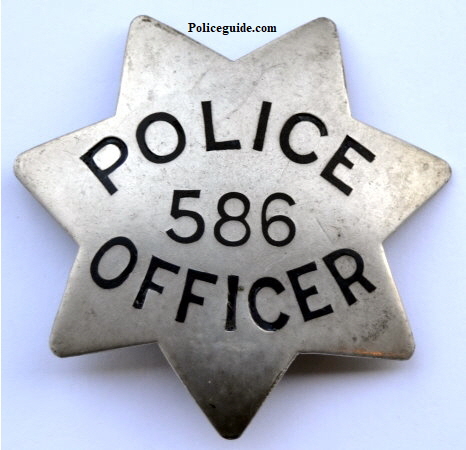 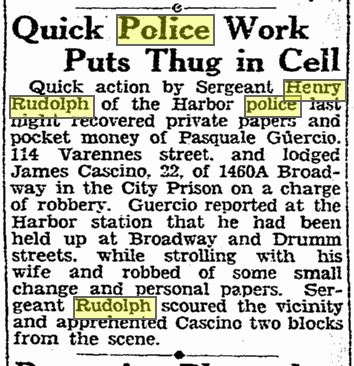 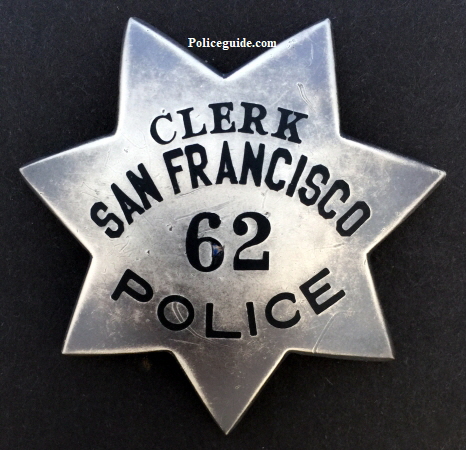 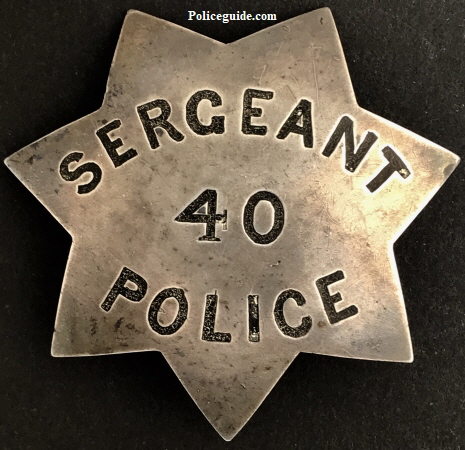 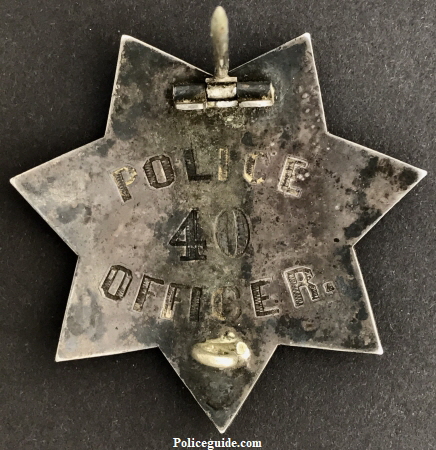 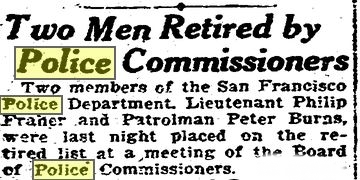 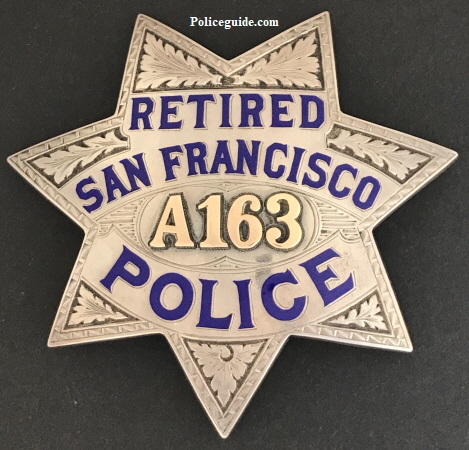 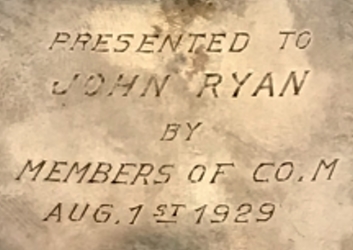 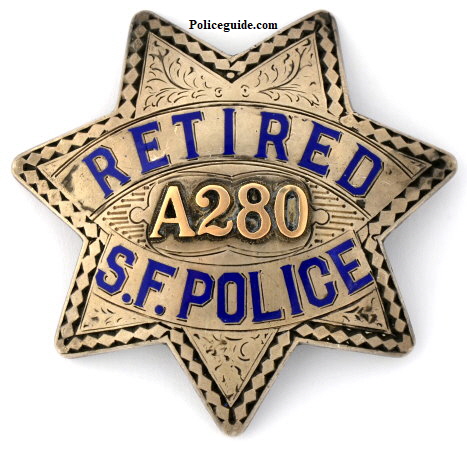 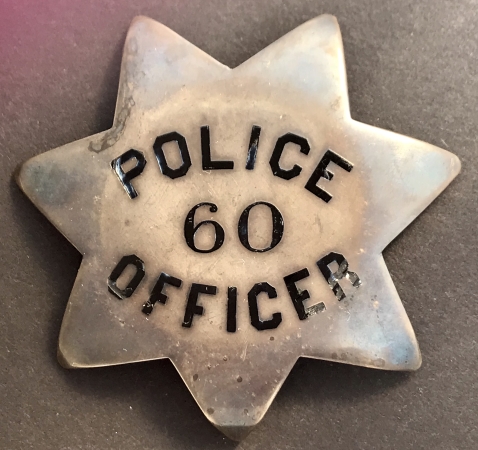 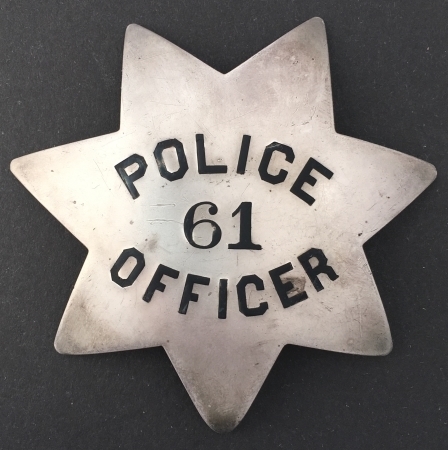