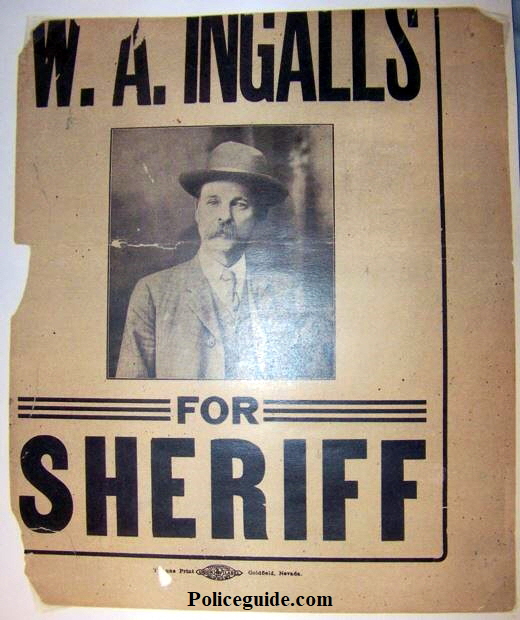 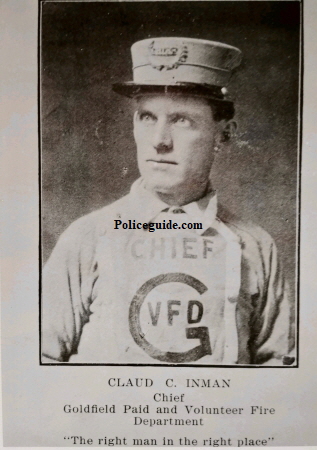 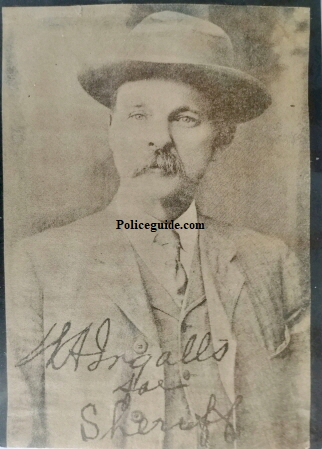 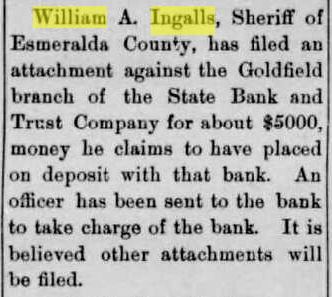 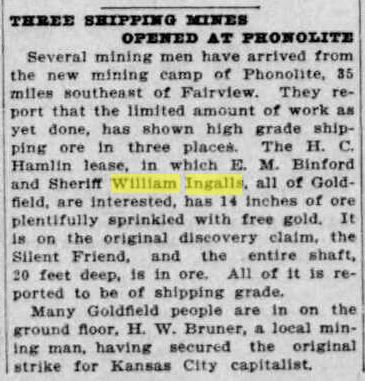 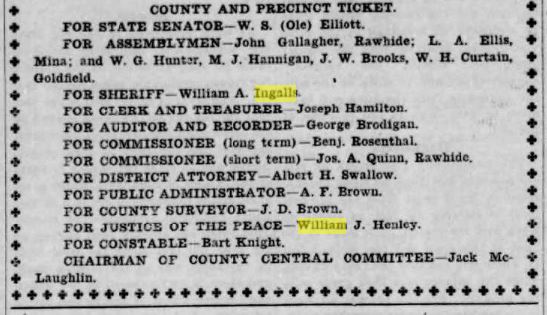 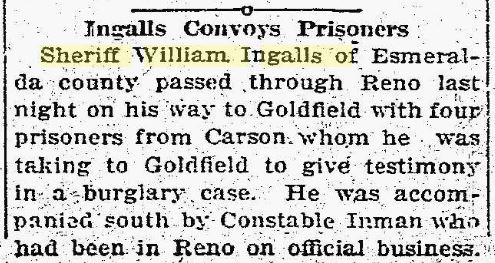 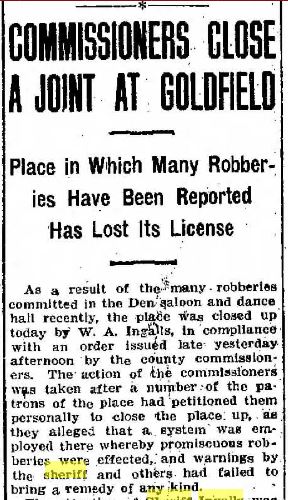 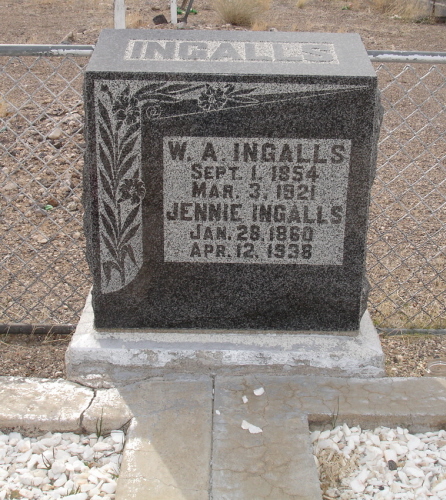 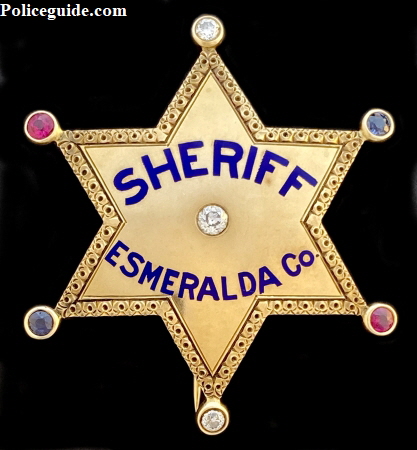 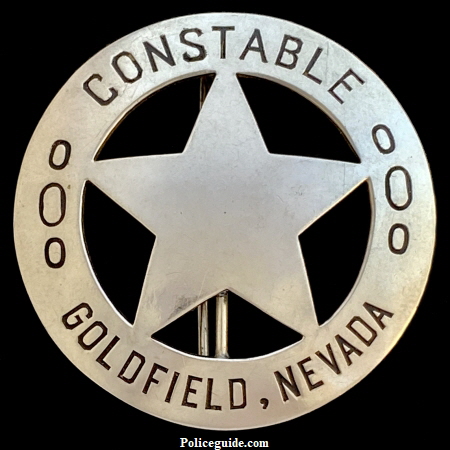 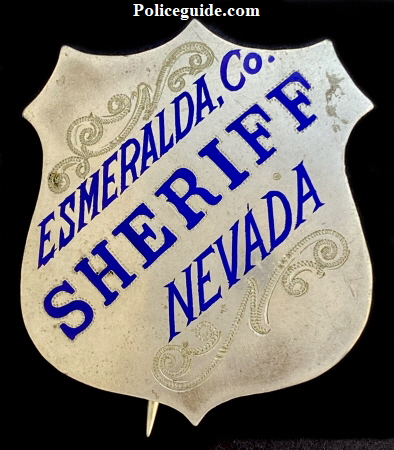 This hand made and engraved silver shield was first worn by Wm. A. Ingalls, the 1st Sheriff of Esmeralda County once the county seat was moved to Hawthorne, Nevada in 1893, and in Goldfield until 1907.  It was worn by William B. Mercer, Stepson of Wm. Ingalls,  from 1921 to 1935.  William B. Mercer was the 2nd elected Sheriff of Esmeralda County at Goldfield.  This badge is pictured in R. L. Wilson’s book, “The Peacemakers” on page 200 although he put the caption for the Constable badge pictured below by mistake.  It is also pictured in the Time Life, The Old West series in “The Gunfighters” book on page 100. 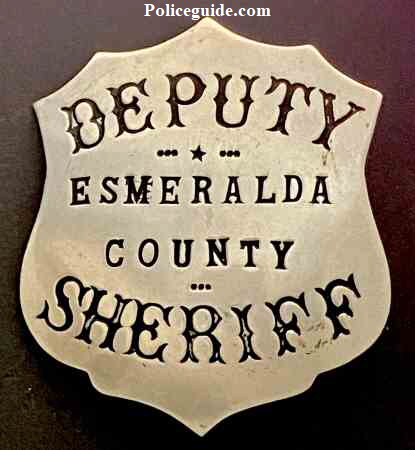 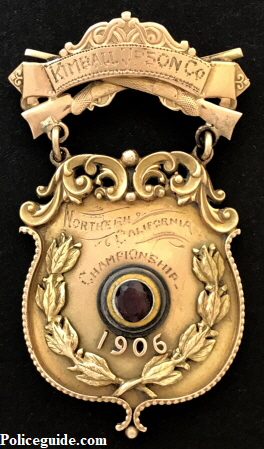 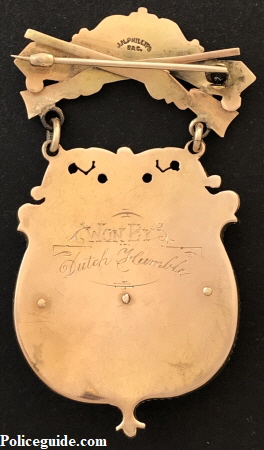 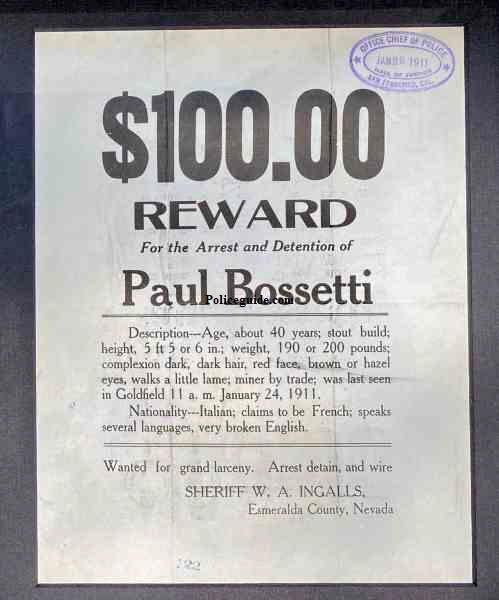 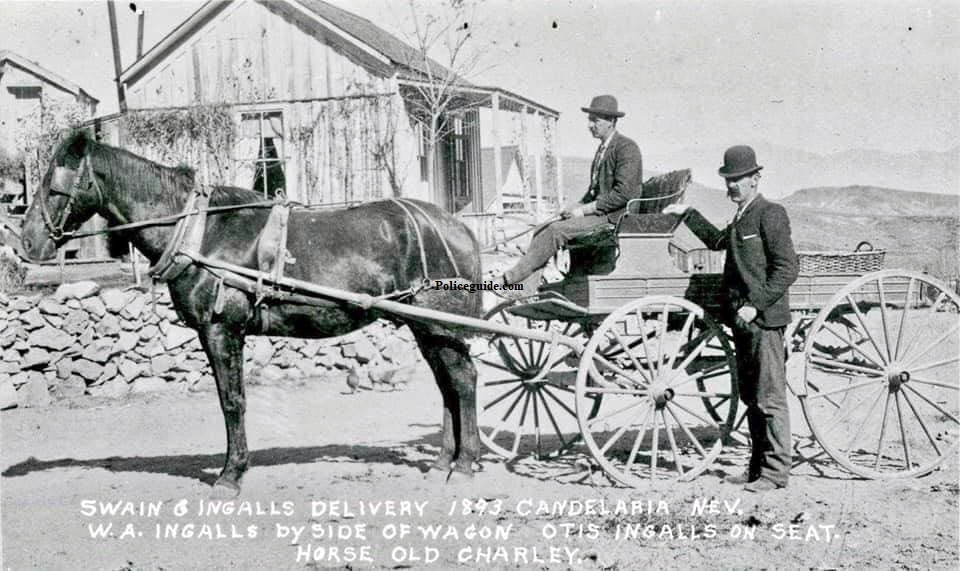 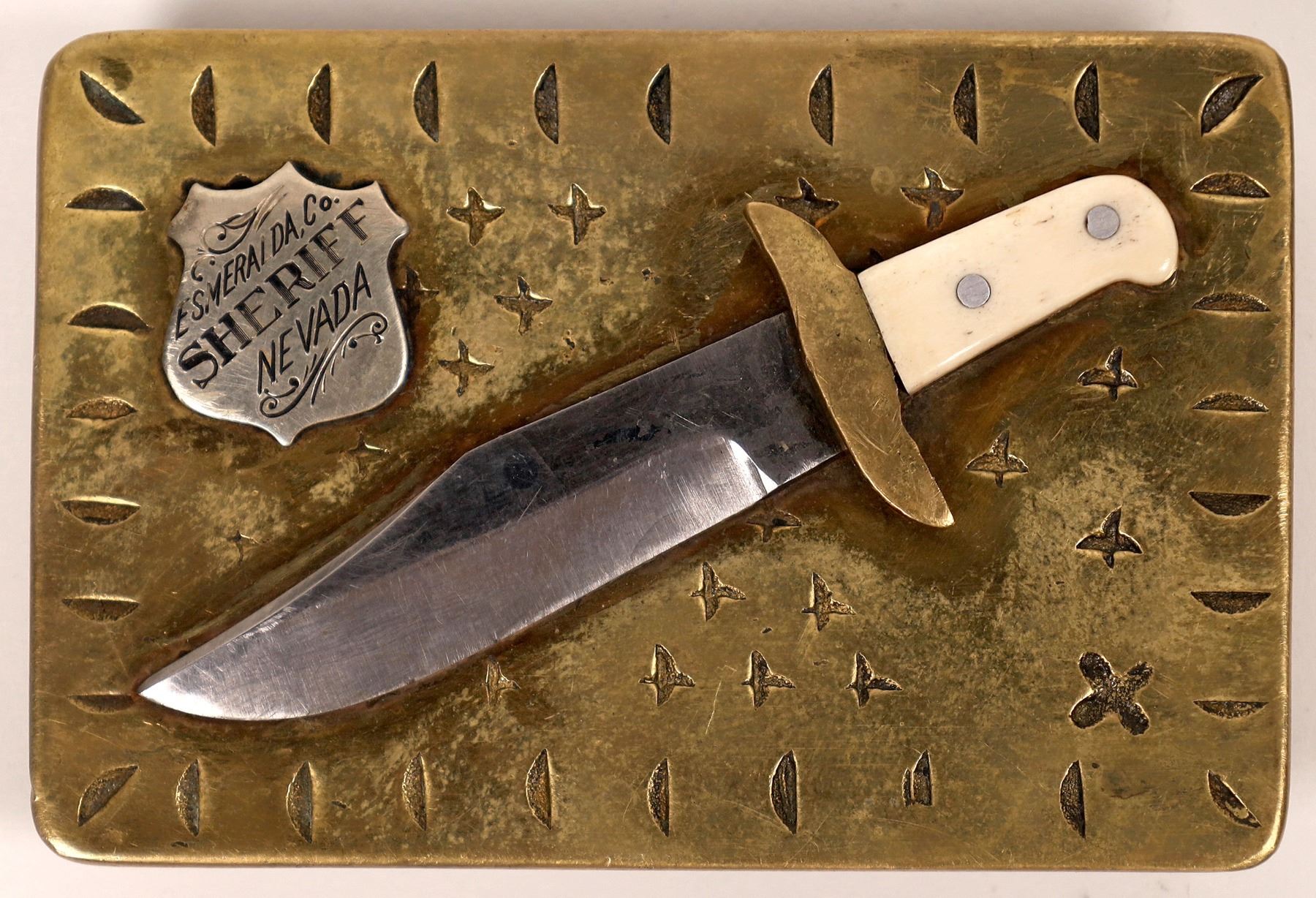 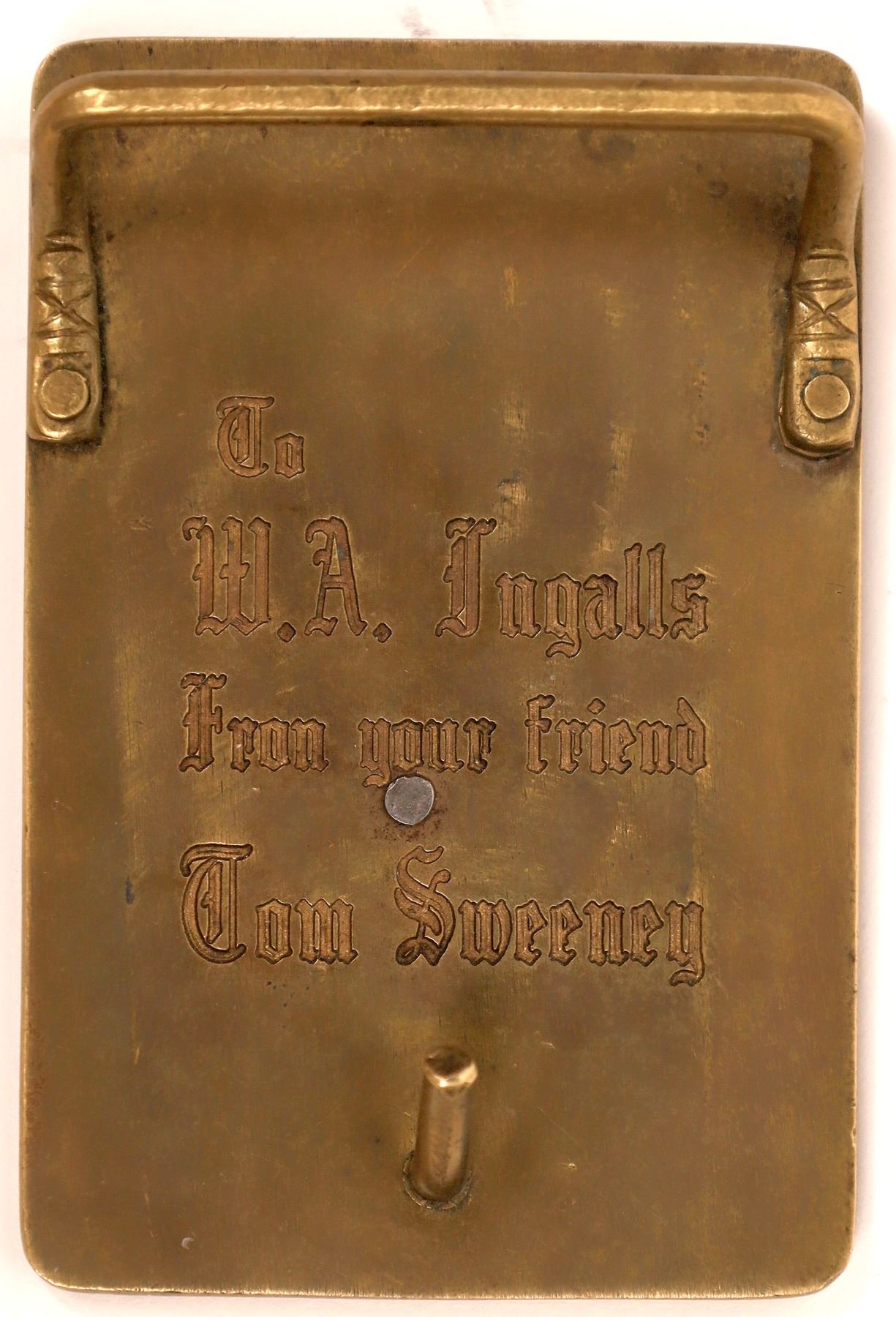 Presentation belt buckle, purchased as a possible fantasy creation but thought it was cute with the miniature badge on it.  The original badge is pictured above and has been featured in the Time Life Collectible series book, “The Gunfighters” and in several magazine articles.  As a general rule western belt buckles were made of silver in the 1900 era.

Reverse of the buckle with presentation:
To W. A. Ingalls
From His Friend
Tom Sweeney.