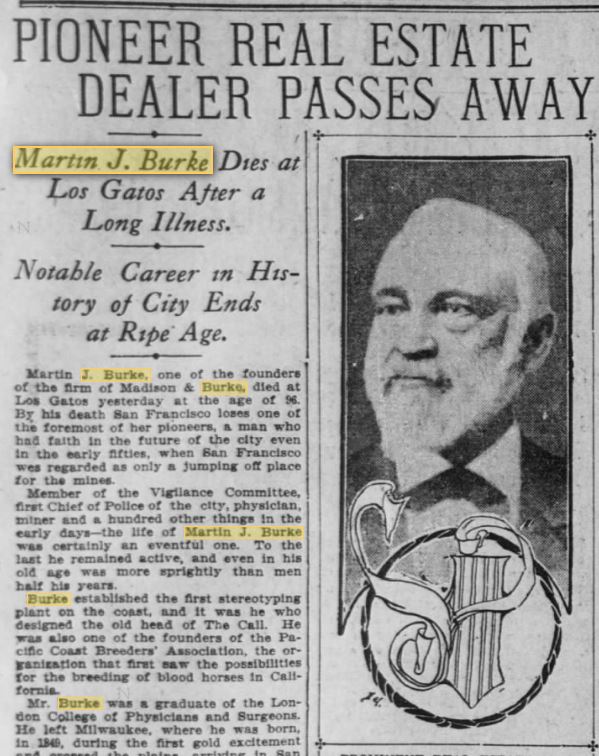 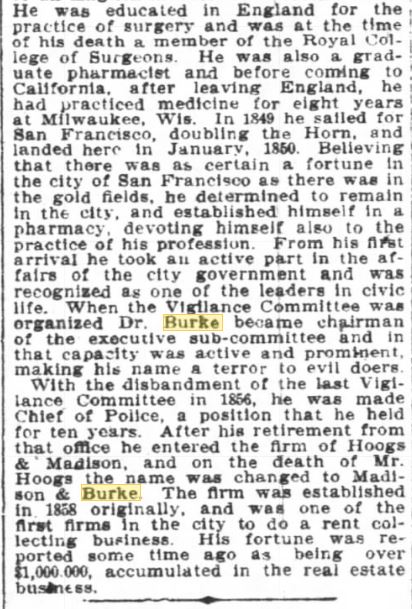 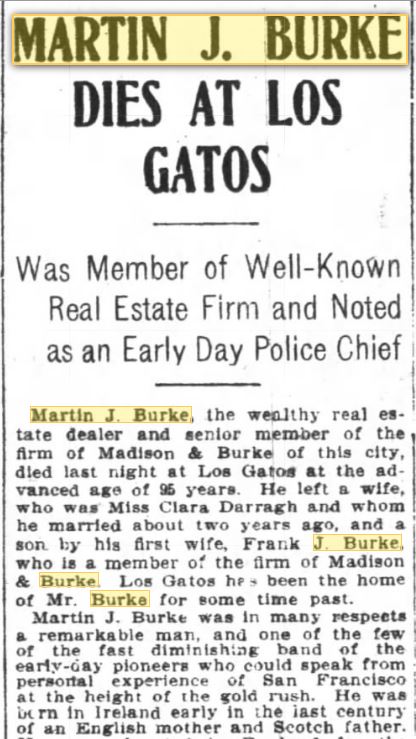 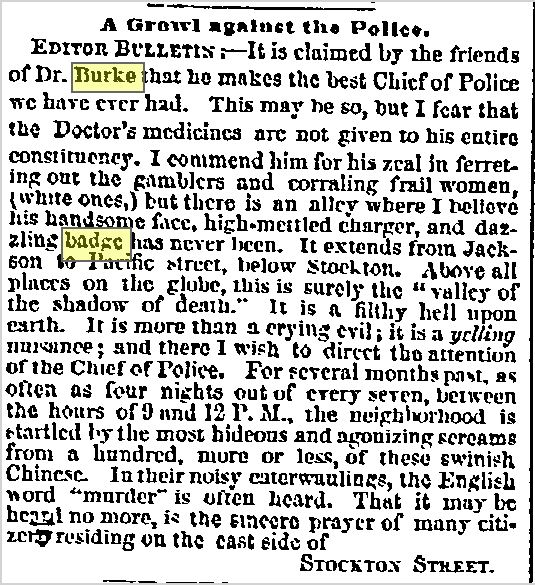 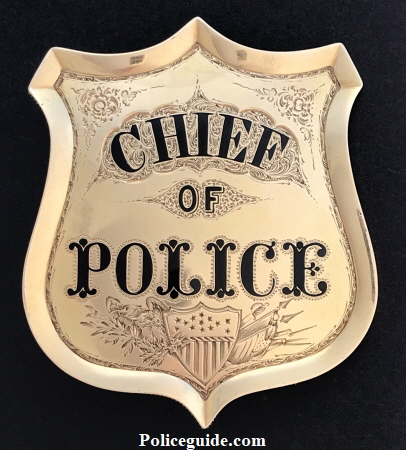 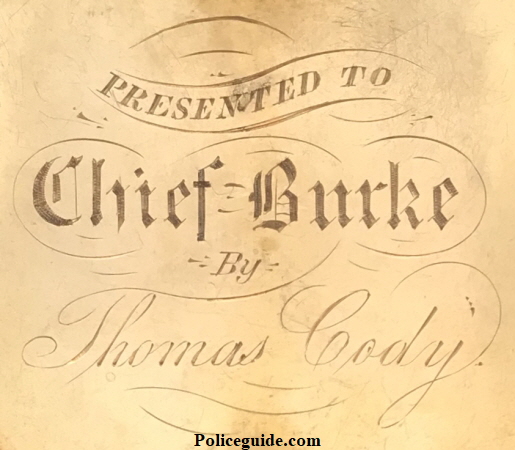 It was not until 1859 that Chief Martin Burke issued the order that all officers should equip themselves "with a large revolver." As a backup in the days before the introduction of reliable firearms, officers also equipped themselves with large Bowie knives, which they carried in a scabbard under the breast of their uniform jackets. The illustration above published in 1974 in the book, “Knifemakers of Old San Francisco by Bernard R. Levine” shows the badge and knife carried by Chief Martin Burke.  The knife was made by I H. Schintz San Francisco, CAL.

On May 14, 1856 the Vigilance Committee of San Francisco assembled for the 2nd time, the first having been in 1851.  The members were said to be 6000 strong.  The 1856 Committee of Vigilance dissolved on 11 August 1856, and marked the occasion with a “Grand Parade.”   Political power in San Francisco was transferred to a new political party established by the vigilantes, the People's Party, which ruled until 1867 and was eventually absorbed into the Republican Party.  .James F. Curtis the 1st San Francisco Police Chief was a member Vigilance Committee as was Martin Burke who was elected Police Chief in 1858 on the Peoples Ticket and remained Chief until Dec.1866.
Burke served on the Executive Committee. 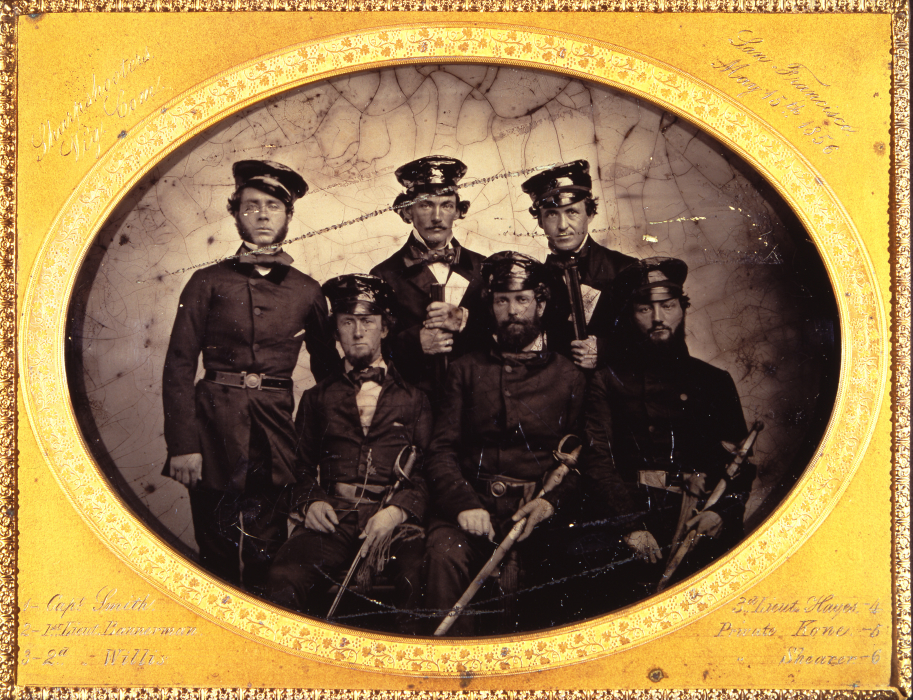 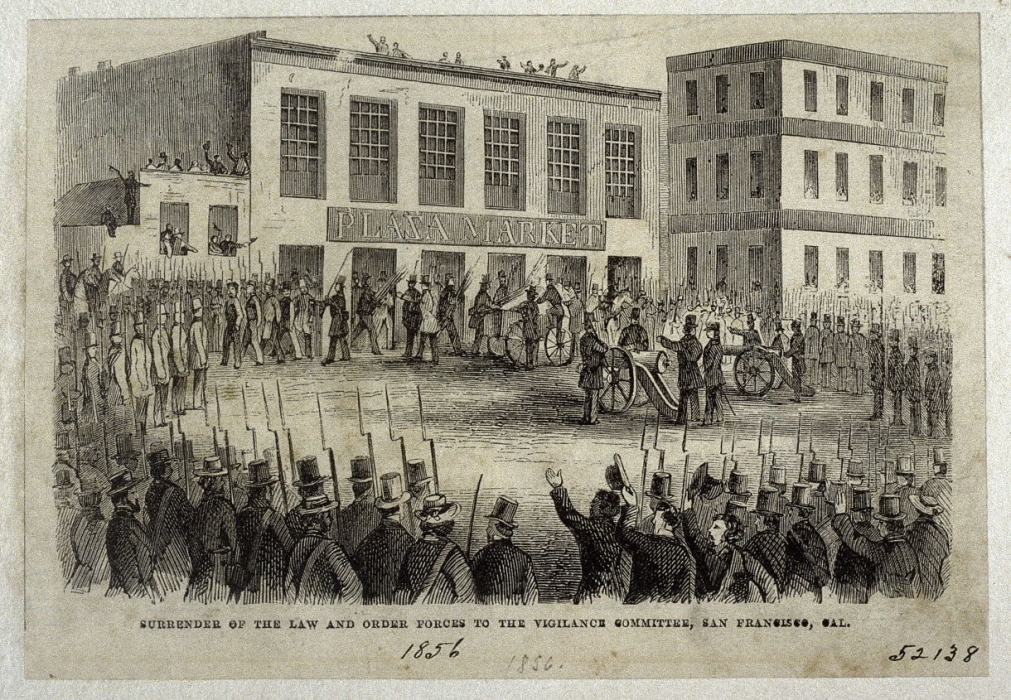 Swords and Bayonets were weapons of the Vigilance Committee and these symbols were engraved on Chief Burke’s solid gold badge. 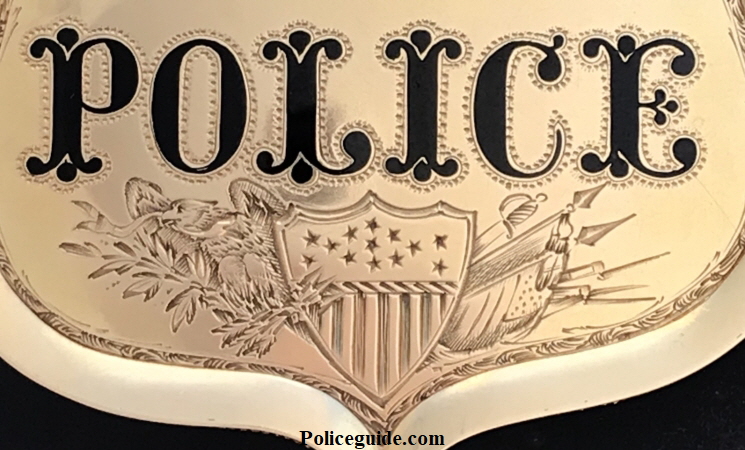 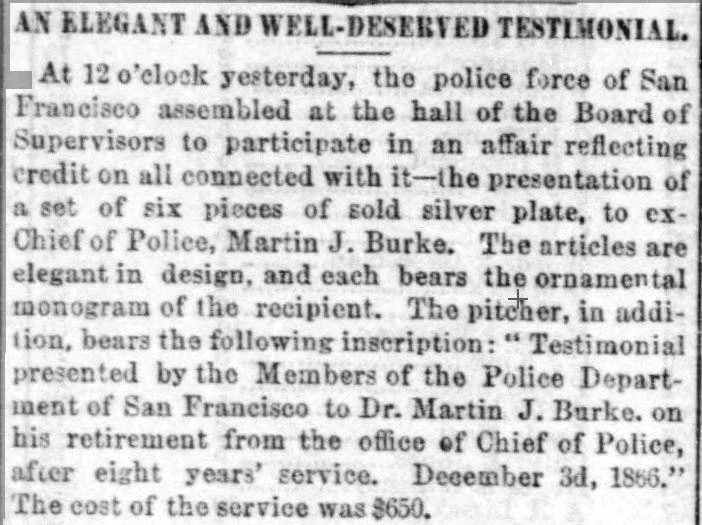 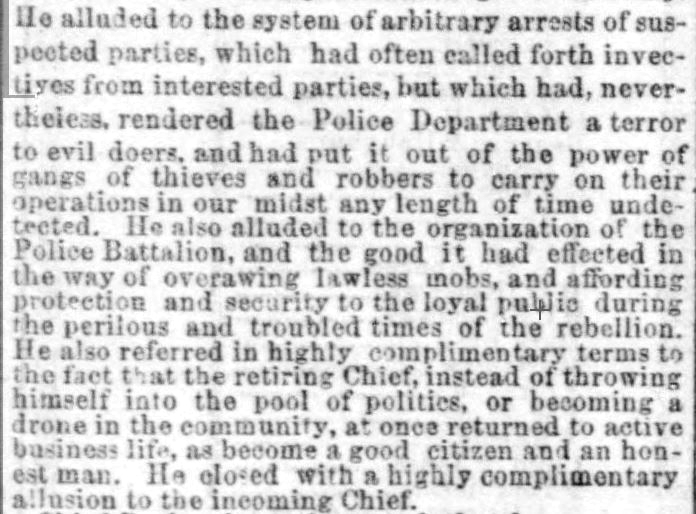 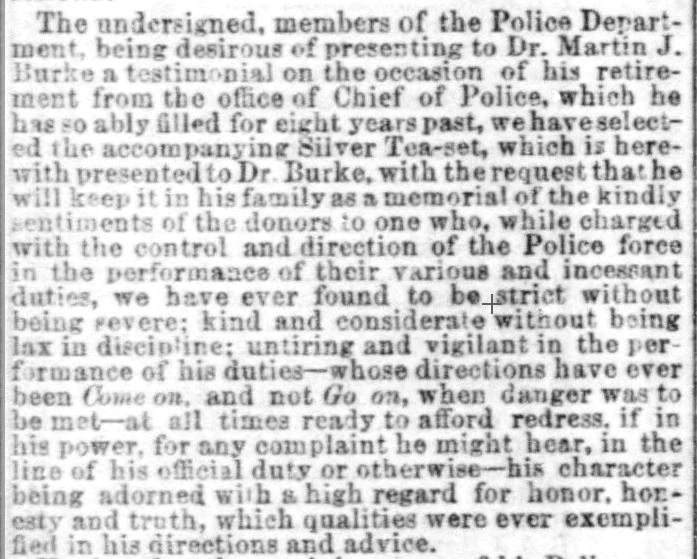 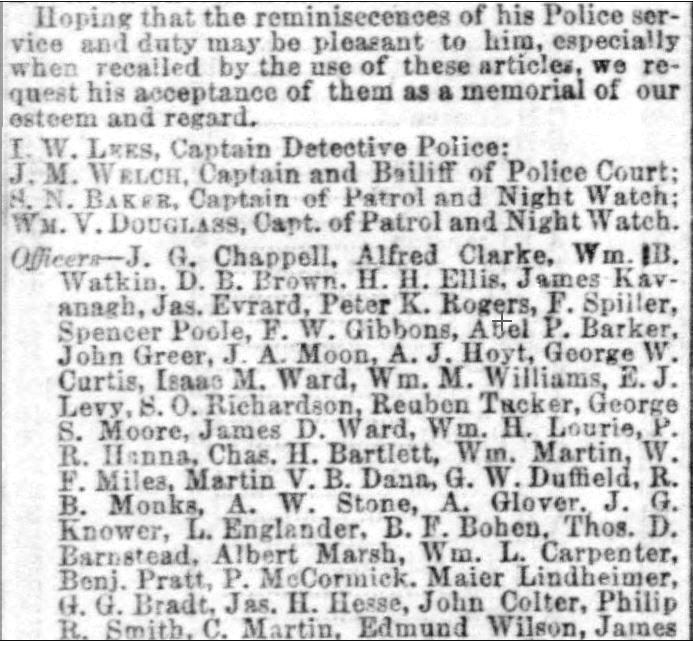 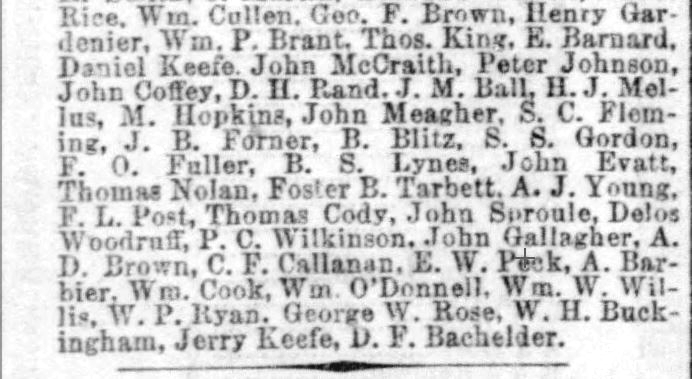 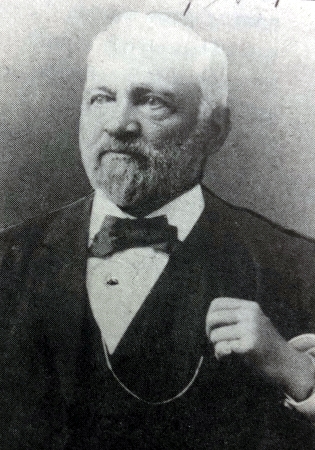 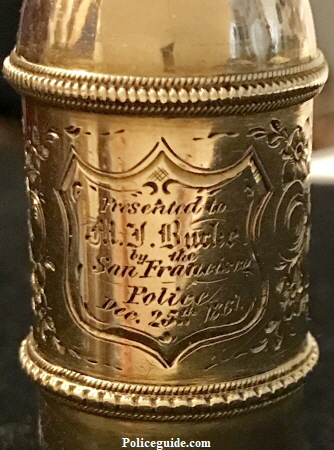 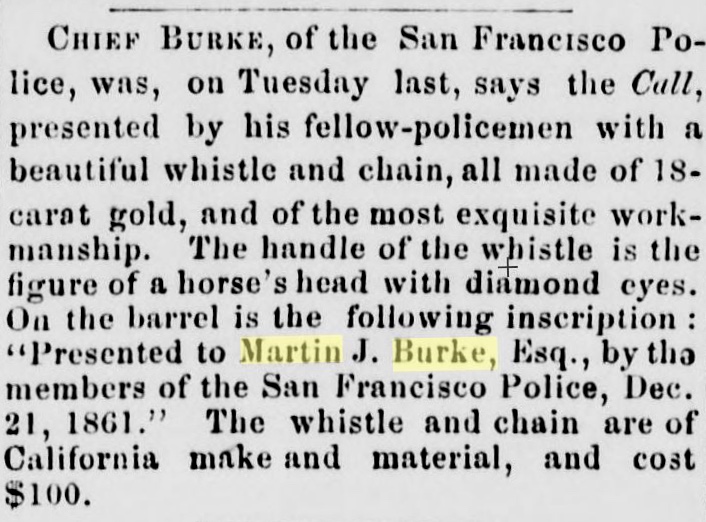 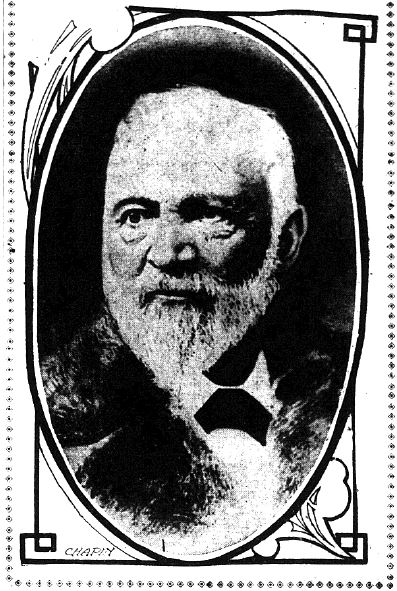 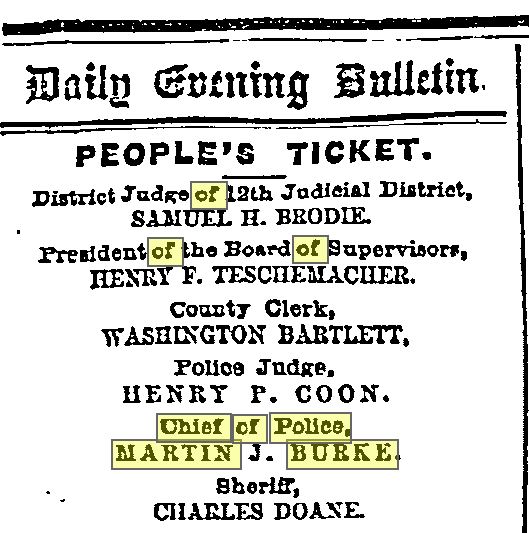