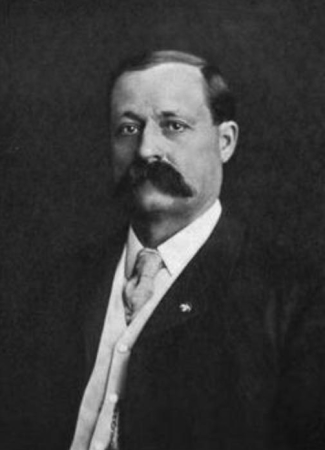 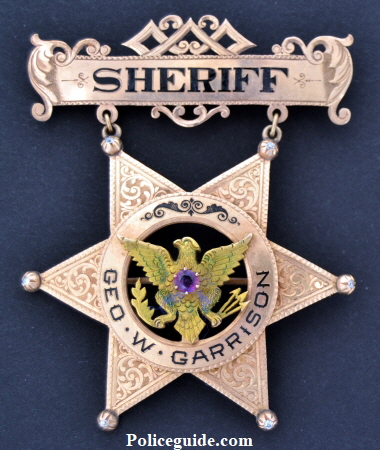 Was born in Upsar County Texas on September 20, 1857.  He served as a lawman in Arkansas and Texas before moving his family to Oklahoma Territory in 1897  Two years later he moved to Oklahoma City and started the Oklahoma Saddlery Company. In 1904 he was elected to the first of two consecutive terms as Sheriff of Oklahoma County.

On May 19th 1908 Alf Hunter shot and killed Susie Pride in Oklahoma City because she threatened to tell lawmen that he was wanted in Arkansas for murder. Oklahoma Lawmen traced Hunter to Hitchcock, 10 miles north of Watonga in Blaine County.
On Friday, June 5, 1908, Sheriff Garrison and two of his deputies, Tod Warden and M. L. Sanders, had gone to Watonga by train. They were met by Blaine County Sheriff G. A. McArthur and his deputy, M. B. Skien. From Watonga the five lawmen traveled by buggy to Hitchcock, then about three miles east to the Dobbs place in search of Alf Hunter, alias James Kingsbury, who was wanted for murder in Oklahoma County. The lawmen soon located Hunter and became involved in a running gun battle with him in a hayfield. Sheriff Garrison was shot in the left side of the neck, severing the jugular vein and died within minutes. Deputy Sanders and Alf Hunter were also wounded but Hunter escaped. Deputy Sanders survived his wound. Hunter was apprehended in Pine Bluff, Arkansas in October of 1909, returned to Watonga for trial, found guilty of the murder of Sheriff Garrison and hanged on April 8, 1909. Alf Hunter was the only person ever legally hanged in Blaine County. Acting as assistant executioner that day was Harvey Garrison.

Sheriff Garrison had served with the Oklahoma County Sheriff's Office for four years.

Stunning 14k gold suspension badge.  Jeweler made, composed of two tones of solid gold, finely hand engraved, surmounted with an eagle facing to the left clutching an olive branch and arrows.  The eagles chest is adorned with a prescious  stone.  Each of the six star points is ball tipped with a diamond. 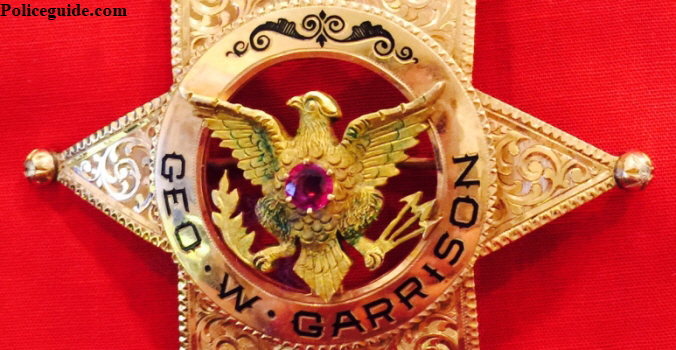 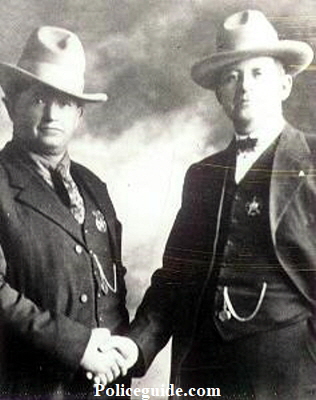 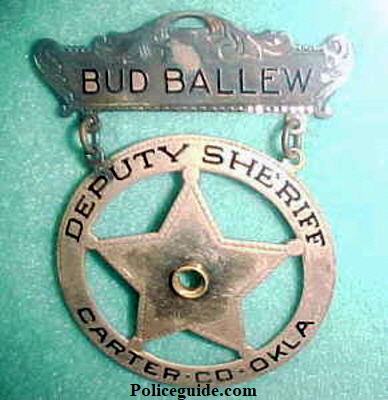 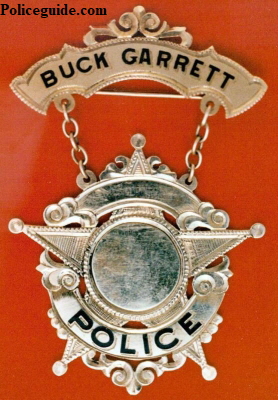 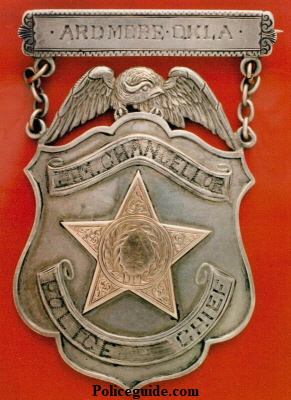