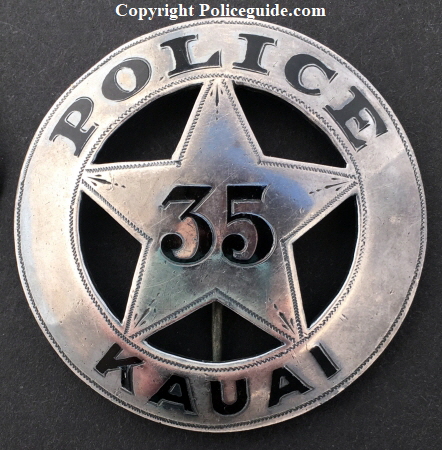 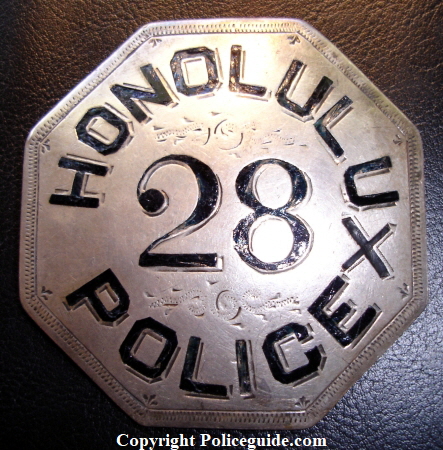 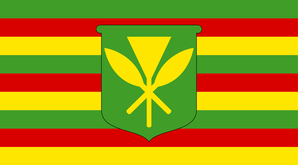 The original Hawaiian flag. The coat of arms comprises the royal standard kahili. This kahili is actually crossed through two paddles that are thought to characterize Kamehameha’s Kanawai Mamalahoe i.e. the Splintered Paddle Law plus the adventurous voyage traditions concerning the Hawaiians. 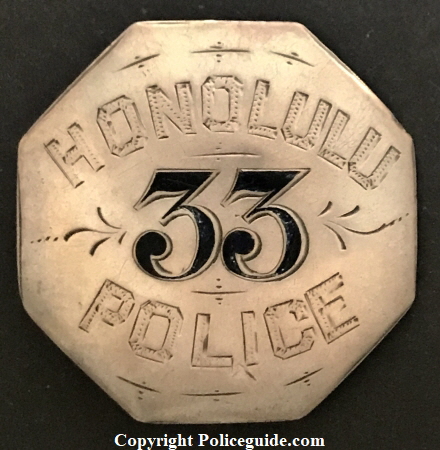 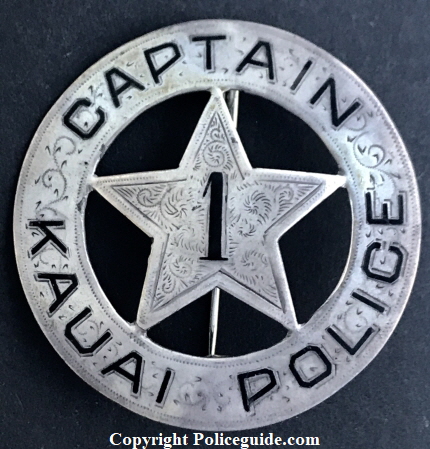 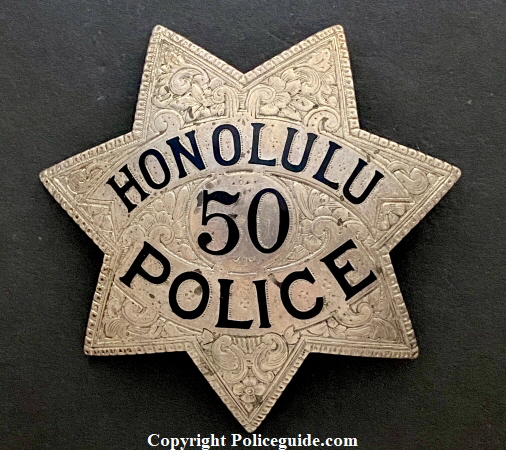 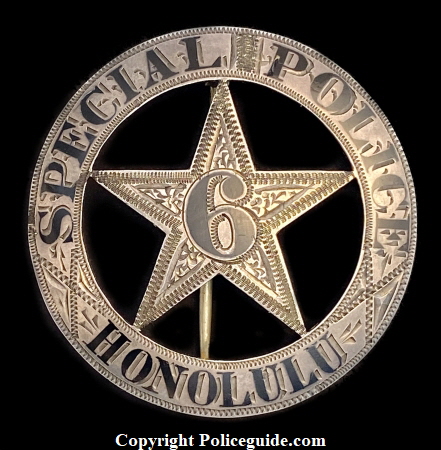 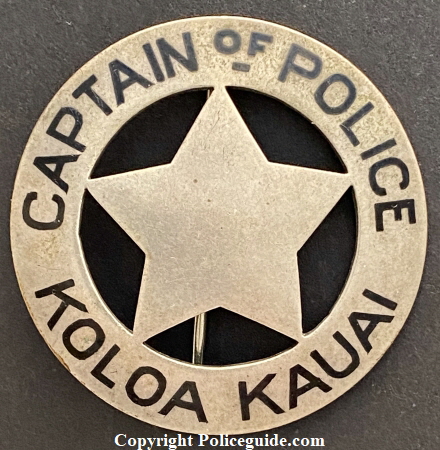 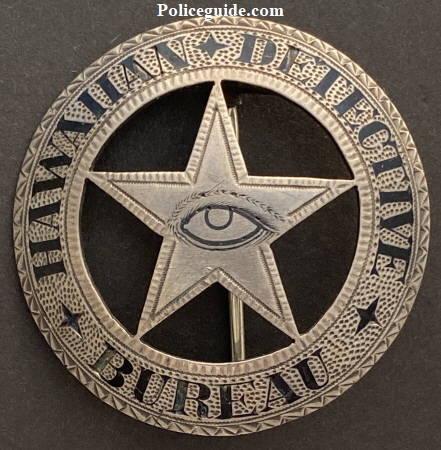 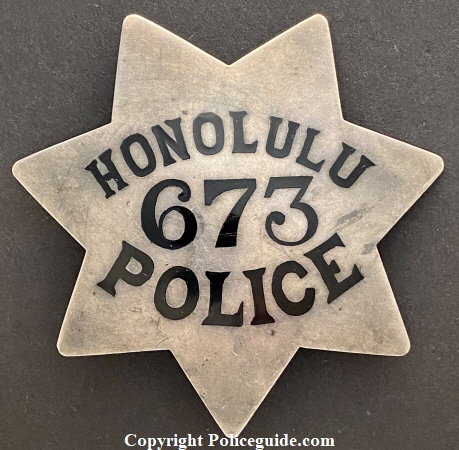 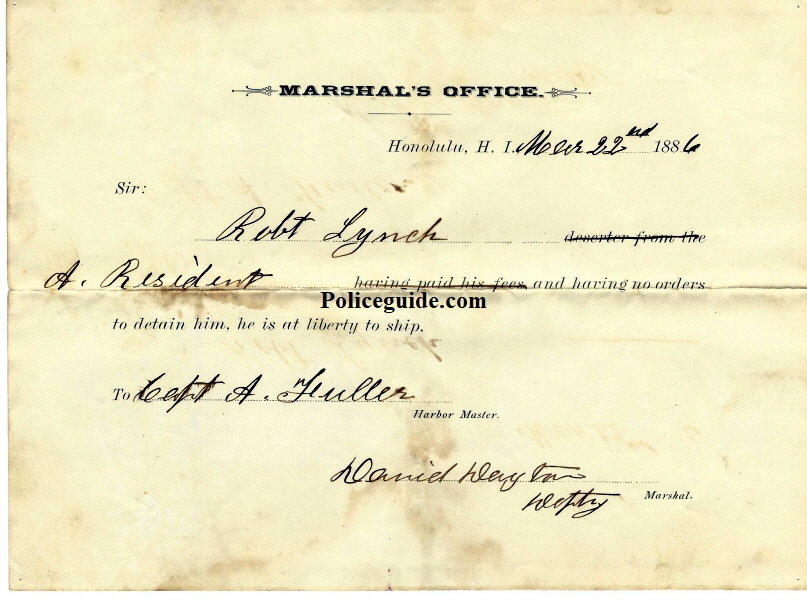 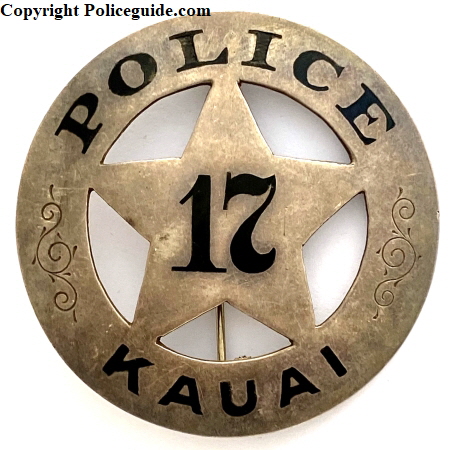 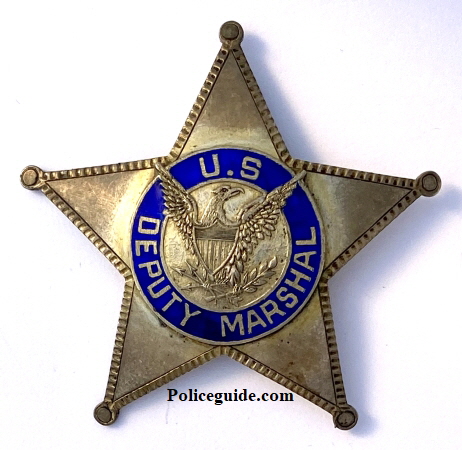 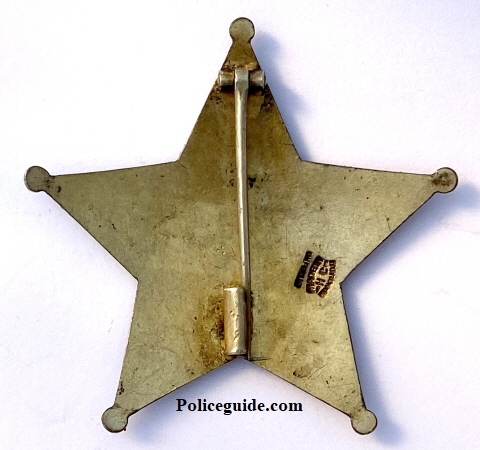 U. S. Deputy Marshal sterling badge from Hawaii, circa 1902.  Hallmarked:  Made in Honolulu HC sterling.

Obverse of U. S. Deputy Marshal badge from Hawaii,
circa 1902.  Hallmarked:  Made in Honolulu HC sterling.
T-pin and Tube catch.

Thanks to Gregory Hunt, Hawaiian Historian, for the following information:

In 1850 Kamehameha III founded the Honolulu Fire Department.  H.F.D. stands for the Honolulu Fire Department.  Since the police under the kingdom was already operational, the initial job of arson investigation came under the purview of the Hawaii Kindgom Marshal.  Usually his designee Sheriff of the district or his deputy sheriff handled these types of crimes up until the formation of the Honolulu Fire Department.  Your badge is one of two badges, one calling the operation HPD/HFD and the other as you show.  These individuals were police and fire that handled the arson investigations during the Kingdom (1850-1893).  These badges had only a short history as the fire department and police wished to remain autonomous.  The specific time frame appears to be (1850’s only).  The first kingdom police badges were the Marshal, Sheriff, and Deputy Sheriff.  The officers badges wwere octagons.  Gregory Hunt. 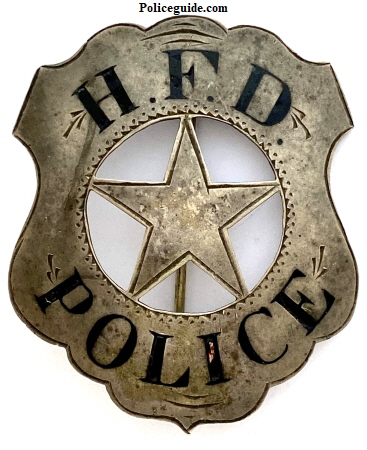