Extremely fine large solid gold (not hallmarked) and enameled unique “INTERNATIONAL
POLICE CONFERENCE FOUNDER” badge. Central device of shield with five stars superposed over arrow, saber, and two facsces. The IPC was founded at a meeting of the National Police Conference of the United States (NPC) held in New York City in 1922. The idea to turn the NPC into an international
association belonged to New York Police Commissioner Richard Enright, who argued for the change
based on the inclusion of a small number of Canadian and Mexican police officers in the NPC. Though
the members of the NPC voted in favor of the change, it was left up to Enright to try to encourage
foreign participation in the organization. In order to build up this participation, Enright went on a
personal tour of Europe in the summer of 1922, visiting Britain, France, Belgium, and a number of other
countries. In September 1922, the International Police Conference (IPC) was established at a police
meeting in New York City. Explicitly conceived as an organization to promote and facilitate international
cooperation among police, the Conference would remain a predominantly American organization that
was mostly concerned with promoting an ideal of professionalism among local U.S. law enforcement
agencies. In 1932, the IPC was brought under the direction of Barron Collier, a wealthy retired
businessman, who tried to put new life in the organization, but to no avail. The IPC was independently
organized by police officials, especially from within the New York City Police Department, and
cooperation among the Conference’s members was attempted to be accomplished outside the context
of formal legal systems. However, what the International Police Conference missed were any realistic
concerns with international crime. An internationalization of crime that could justify the establishment
of an international police organization was at this time still missing in the United States. Especially
because of the distance with Europe and other parts of the world and because the United States did not
yet have a well-developed federal police, U.S. policing operations at this moment in time still remained
insulated from the rest of the world. In 1923 the ICPC was founded and became known as Interpol truly
international as IPC founder Richard Enright and Barron Collier had imagined.
Richard Enright (1871-1953) Was 1st NYPD officer to rise through ranks to become NYPD commissioner.
His dream of the international police cooperation was hampered by FBI director’s J. Edgar Hoover
behind the scenes maneuvering against the IPC. 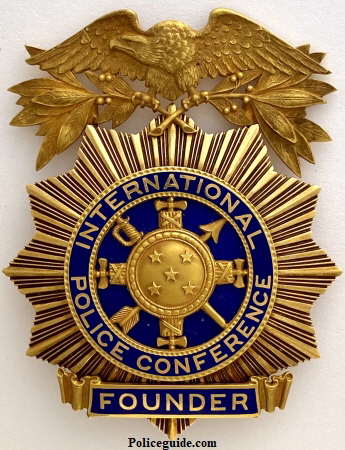 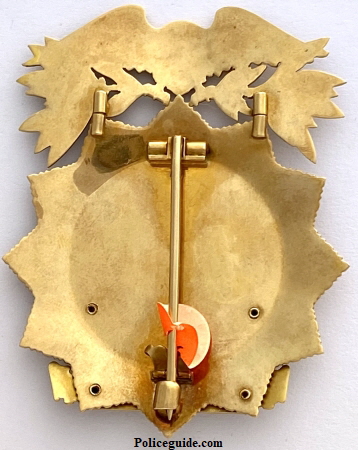 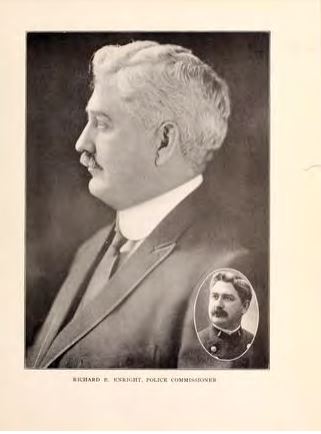 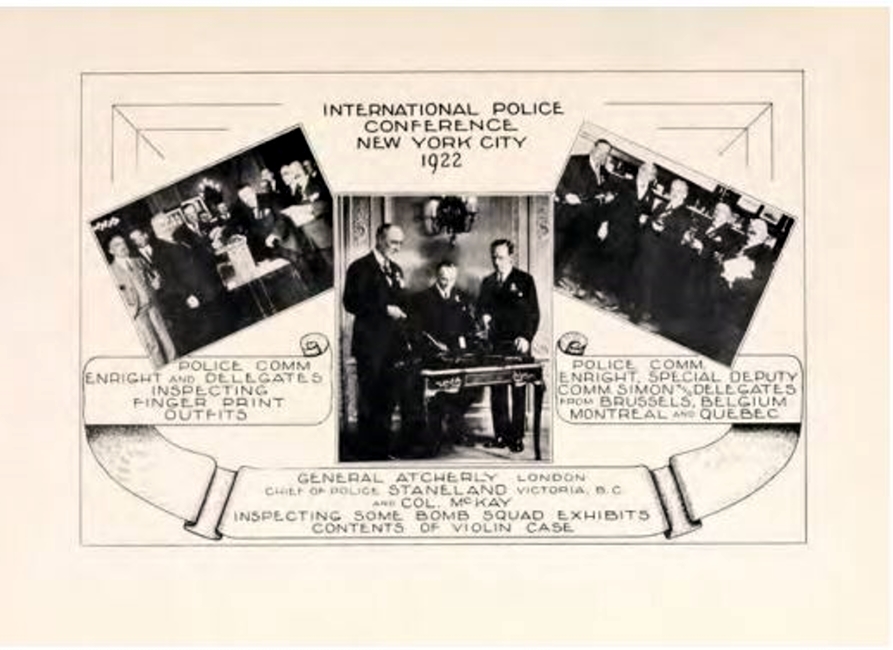